Every year, thousands of people in the United Kingdom die because of thrombosis, but what is thrombosis and who is at risk?

Thrombosis is when a blood clot forms within a blood vessel and prevents the proper flow of blood around the circulatory system. This can have serious medical consequences, including death. However, thrombosis can be prevented and treated in time if it is identified.

If a healthy person is injured, their body should act to heal the injury as quickly as possible. Blood clots naturally form from platelets and fibrin at the site of an injury to help to prevent blood loss. However, if a blood clot forms within a blood vessel or the clot becomes larger than it needs to, the clot can completely block the blood vessel. This hampers the natural circulation of blood around the body. In some case, the blood clots may break away from their original site and travel to another part of the body. In these cases, the person may have an embolism.

If the blood clot travels into your lungs, it can cause a pulmonary embolism by completely blocking one of the blood vessels of the lungs. This can cause oxygen deficiencies in other areas of the body. A tiny clot can enter the lungs without causing any trouble, but a larger clot can be fatal. If a clot enters the brain, a patient may have a stroke.

Thromboses do not always present external symptoms. If symptoms do present themselves, then they can depend on where the clot lies within the body. A blood clot in the leg or lung can cause pain, swelling or tenderness in one leg, usually in the calf area. A red patch may appear on the leg or the skin may feel warmer than normally in the affected area. Some people experience a sensation which can be described as a heavy aching feeling in the area where the blood clot is. If you experience unexplained symptoms like these, then you are advised to visit your doctor for further advice.

Signs of a pulmonary embolism include; shortness of breath, rapid breathing, coughing, coughing up blood and chest pains. Patients may notice a slower or faster heart rate than normal. Severe cases may present themselves as a blue discolouration of the lips or extremities and sudden collapse.

There are certain factors which increase the risk of developing a thrombosis or embolism. Three factors, known as Virchow’s triad, are known to contribute to an increased likelihood of inopportune clotting. One of these factors is hypercoagulability, which refers to an increase in the normally levels of blood clotting within the body. The second factor is hemodynamics, which relates to the speed and pressure with which the blood flows around the body. The last factor relates to injuries to the endothelial cells in the blood vessels. These injuries can be caused by physical trauma, but injuries can also be caused by bacterial infections which affect the walls of the blood vessels.

The primary causes of thrombosis may affect one or more of the areas of Virchow’s triad. Some of the major causes of thrombosis include; a sedentary lifestyle, long periods with little movement (including being on an airplane), constriction of a blood vessel, dehydration, heart failure, obesity, pregnancy, long surgeries, cancer, and various types of medications which affect points of Virchow’s triad. Estrogen-based oral contraceptive pills slightly increase the risk of suffering from thrombosis, although many women feel that the benefits outweigh the risks. If medication is likely to increase the risk of patients suffering from a thrombosis, they should be given explicit warning and advised to look out for the signs.

In order to treat an existing thrombosis, doctors normally proscribe an anticoagulant to try to safely dissolve the clot. Heparin and Warfarin are the most common drugs that are administered in the UK. Patients who are on anticoagulant drugs need to be monitored regularly to make sure that their blood does not completely lose its clotting ability.
Surgery is only considered to be an option of the threat to life is immediate. Unnecessary surgery could increase the risk of another dangerous clot forming at the site of the previous clot removal. In some circumstances, mechanical clot removal is an option using endovascular treatments.

Identifying the underlying causes of blood clots is the main method of prevention. Patients may be given pre-emptive doses of anticoagulants if they are required to take another type of medication which significantly increases their risk of clotting. Lifestyle changes and dietary changes may also be suggested to people who have lifestyles which put them at risk of suffering from thrombosis. Most long-haul flights now offer passengers advice and simple exercises to help them to stay mobile even though they are in a confined space. 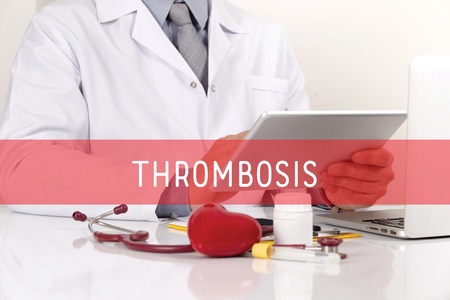 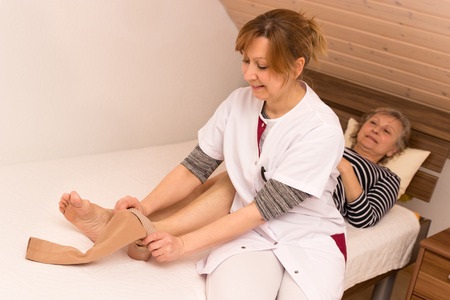 By continuing to browse this site, you're agreeing to the use of cookies. More information